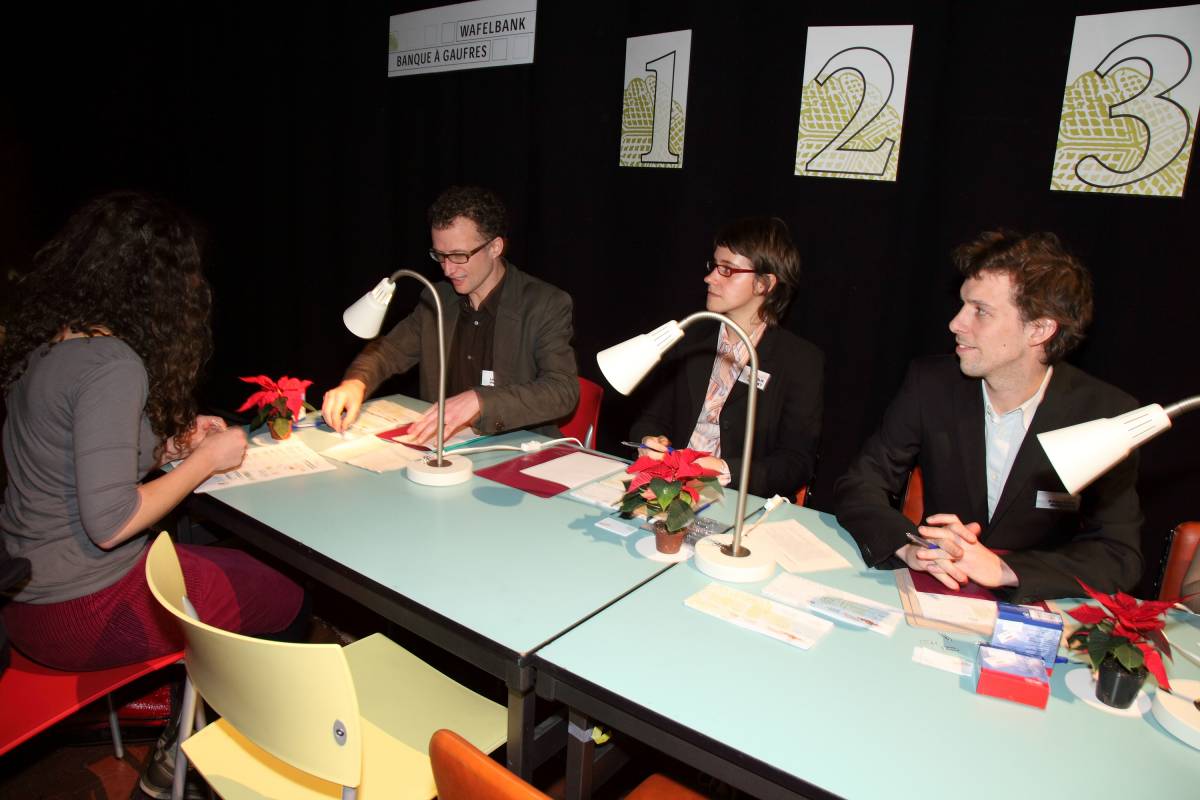 The capital of the Wafflebank consists of what you are really good at. The bank was founded in Holloway Road North London in the financial annus horribilis 2008. Its motto was … if you weren’t doing this the world would look completely different: Art. Music. Campaigning. Cooking. Gardening. Permaculture. Child minding. Sustainable living. DIYing. Origami. Electric wiring. Martial arts. Painting. Listening. Waffle baking. Decorating.Presenting. Plumbing. Writing. Squatting. Drawing….

Ever sinceit opened its doors in Berlin and Brussels. It offers customers a Belgian Waffle in exchange for a cheque with a skill, talent, ambition or idea. Initially, the Wafflebank was a savings bank, the collected capital was made available to the public, hoping an interested party would turn up.

During the Micronomics festival of 1 May 2009 the bank underwent a re-branding: the Wafflebank became an investment bank. Bankers put together an investment portfolio allowing customers to immediately pick a project in which they want to invest their skill. Projects in the portfolio range from the MicroMarché over skill exchange networks to frameworks in which people can develop an own project.

Incidentally, the Wafflebank is also a convenient to raise awareness and make people talk about their own skills.