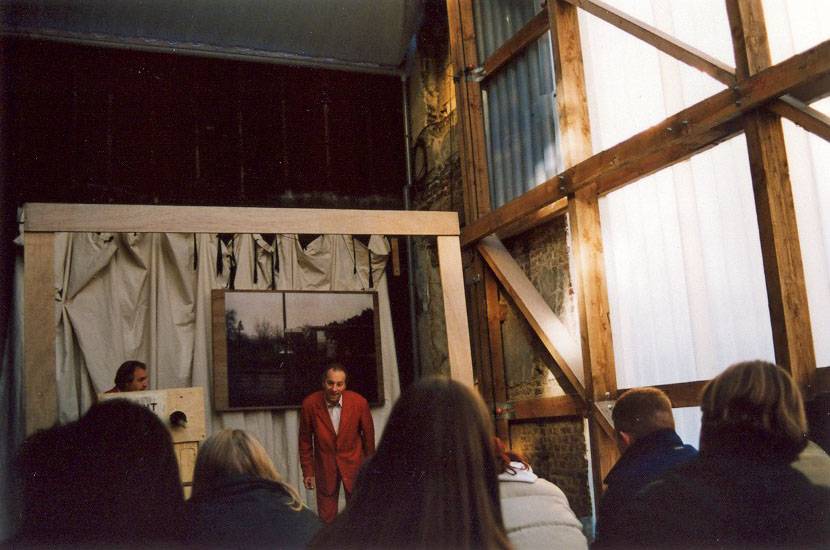 Theatre company Dito’Dito had always been fiercely urban. Particularly after the Belgian Federal elections of 1991, during which extreme right parties gained up to 20% in some constituencies, the group radically chose for the city as it subject, stage and soundboard. And they aimed for political changes that would ripple beyond the playhouse.

Dito’Dito and City Mine(d) were bound to work together. Already in 1997, together they organised a theatre tour along 12 Brussels youth clubs. Actors Willy Thomas and rapper Rival played Koltes’ “La Nuit Juste avant les Forest”. Like no other, the text speaks about life in the big city, its marginalisation and exclusion. With hardly any stage setting, the actors played one evening on a semi-professional scene with appropriate sound and light and the next in a salon where both actors and audience sat in sofa’s around the same coffee table. At times welcomed as long-awaited rock stars, at others hardly noticed. 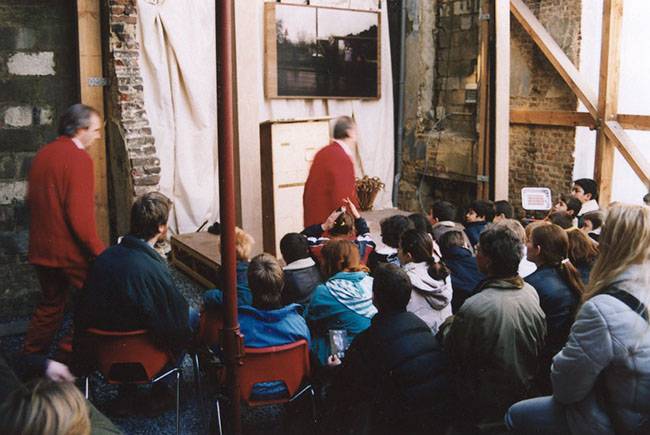 In 2001, Dito’Dito and City Mine(d) again reached beyond the confines of the playhouse. Actors Guy Dermul and Willy Thomas picked a play by Bart Meuleman called “Voetstuk/Piedestal” to play on actual public spaces. They chose 3 locations City Mine(d) was actively involved in at the time. The first was the Ecole Veterinaire in Anderlecht. Through its project Precare, City Mine(d) was making sure the temporary users of the abandoned site were not evicted without alternative for both users and site. The second stop was Palais Van Schoor in Schaarbeek, where City Mine(d) with local residents had transformed a derelict site into a playground. The third stop was the Tower Limite Limite. Local primary schools from the whole neighbourhood were invited, a stage with lighting was set, and even stands for the audience were erected. Though a metropolitan tour was meaningful in itself, because it brings theatre to an unserved audience, the performance in the Tower Limite Limite seemed to make more sense. It was part of the larger trajectory Limite Limite, hence contributed to a larger story, and the audience experienced it less as a foreign intervention unrelated to the dynamics of the neighbourhood. 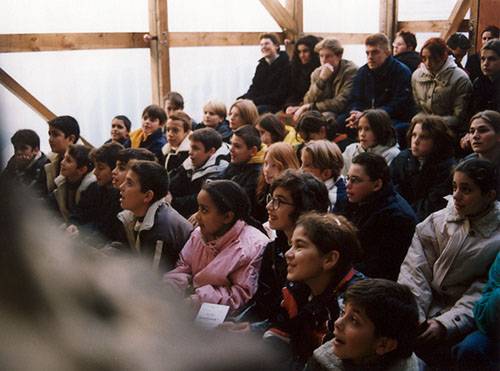 The paths of Willy Thomas and City Mine(d) crossed again in 2013. During the whole season 2012-13, with a programme called “Tok Tock Knock” Willy and the company KVS visited 3 neighbourhoods in Brussels. They talked to people, made art with them, and invited more established artists to create something for and with them. The idea was no longer to just bring theatre to a new audience, but also to bring the traditional theatre audience to new parts of the city. [Friche Eggevoort] was one of the stops on their tour. Willy invited Benjamin Verdonck, with whom City Mine(d) had already successfully worked together on [Bara-ke]. Benjamin proposed an underground bar. But literally. With a simple push on the button of a remote control, a small cocktail bar emerged from the ground. Light and music included. In 2017 Willy Thomas successfully took on another urban challenge in Mechelen with “De grond der Dingen.”