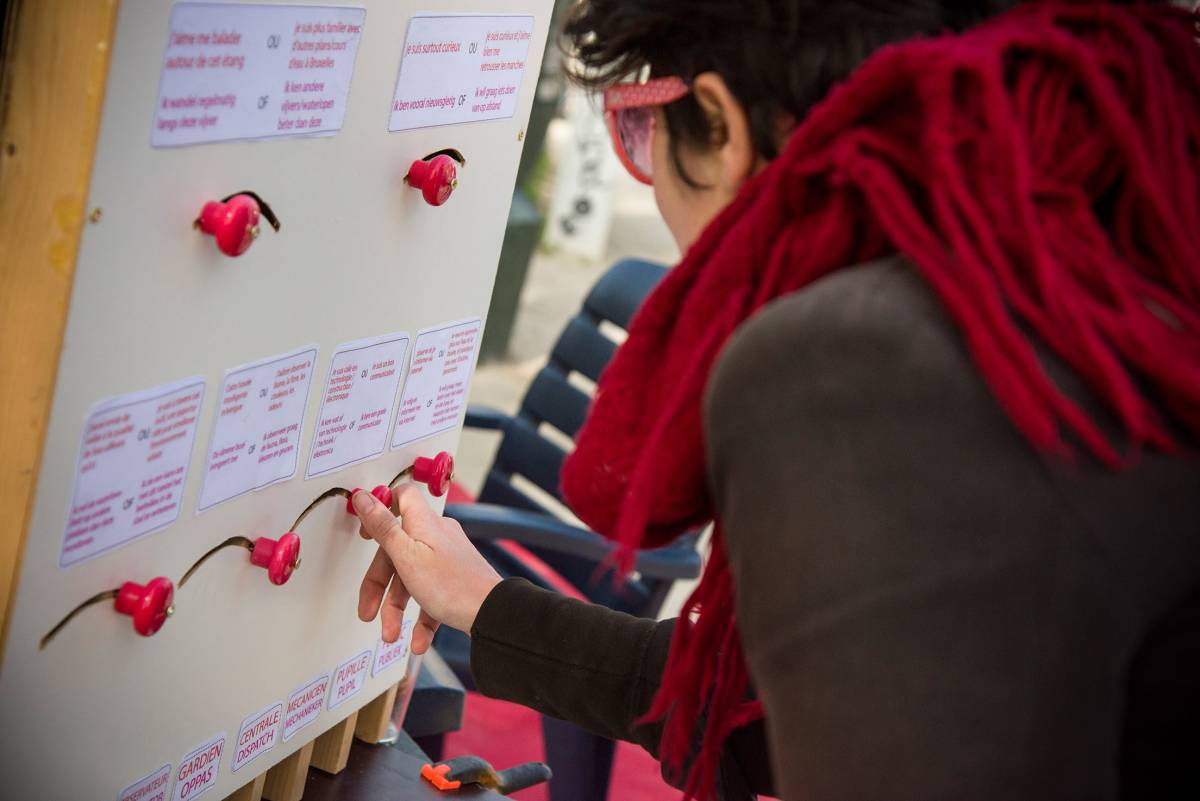 Where does the economy provide room for me? We are told that it is about finding a job that fits your profile. But is it? What if I have ideas, ambitions or skills that no one has poured into a job description yet? Can I look for my place based on what I want and what I am able do?

That’s what City Mine(d) thought, and it built the Router. The Router is a wooden box with 7 buttons above which 7 questions are asked. The user is asked to place the buttons on the answer that best fits her or his idea. When all questions have been answered, a ball is put in the top of the Router and lands on one of the eight possible positions at the bottom.

The seven questions are choices between the following oppositions: 1) I want to give something to the world with this idea OR I want to get the maximum out of this idea for all those involved.

Which leads to 7 types of ideas:

After its first use in London in January 2008, the Router was re-used at several places in London, and in different Belgian cities.

With a different interface the Router also served for the Pacco-test, for greener consumption and for candidate volunteers.