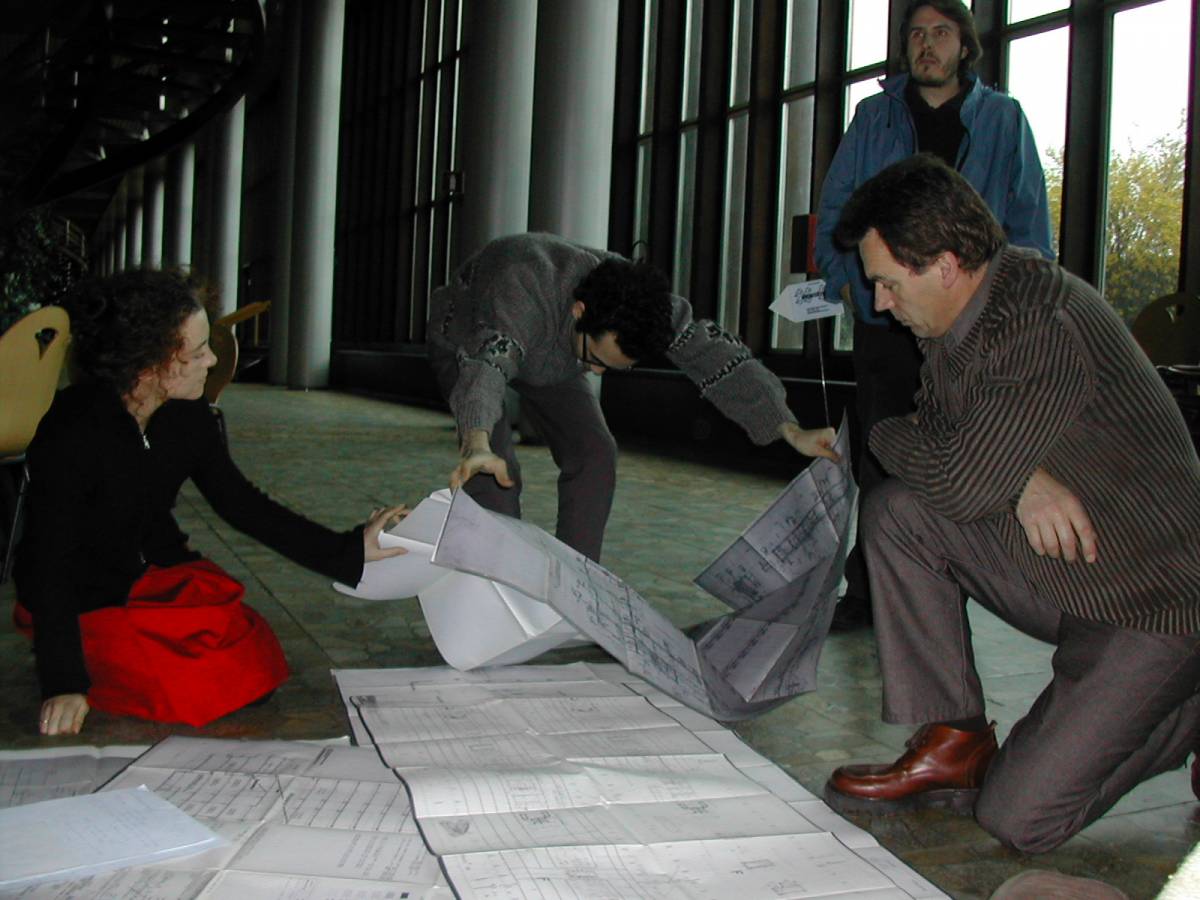 Between 2001 and 2003, the Belgian federal government under prime minister Verhofstadt started an operation of sale-and-lease-back of seventy eight of its office buildings. Among them the Cité Amdministrative, which was sold for around €300m to Dutch real estate group Breevast.

What worried residents of Brussels even more than the dubious budgetary transaction -see here and here - was the fact that for redevelopment of the 6 hectares site of concrete, not the least bit of urbanistic framework or reflection was provided.

Therefore, in November 2003 RAC -Rijks Administratief Centrum- at the initiative of disturb and City Mine(d) organise evenings, meetings and debate to raise the issue. Under the banner “what future for the Administrative Centre”, a debate was held with the regional secretary of state Draps, architect Xaveer de Geyter and members of civil society. It only emphasised the importance of the site.

The following spring, RAC organised a working weekend called MAPRAC. Map referring to the visual synthesis it was aiming towards. About 150 people took part in the mapping exercise, ranging from architects and urban planners to sociologists, historians, geographers, artists, field workers and citizens). It lead to a series of alternative visions to the site on the short and longer term. It was summarised in this newspaper which was distributed widely throughout the city. 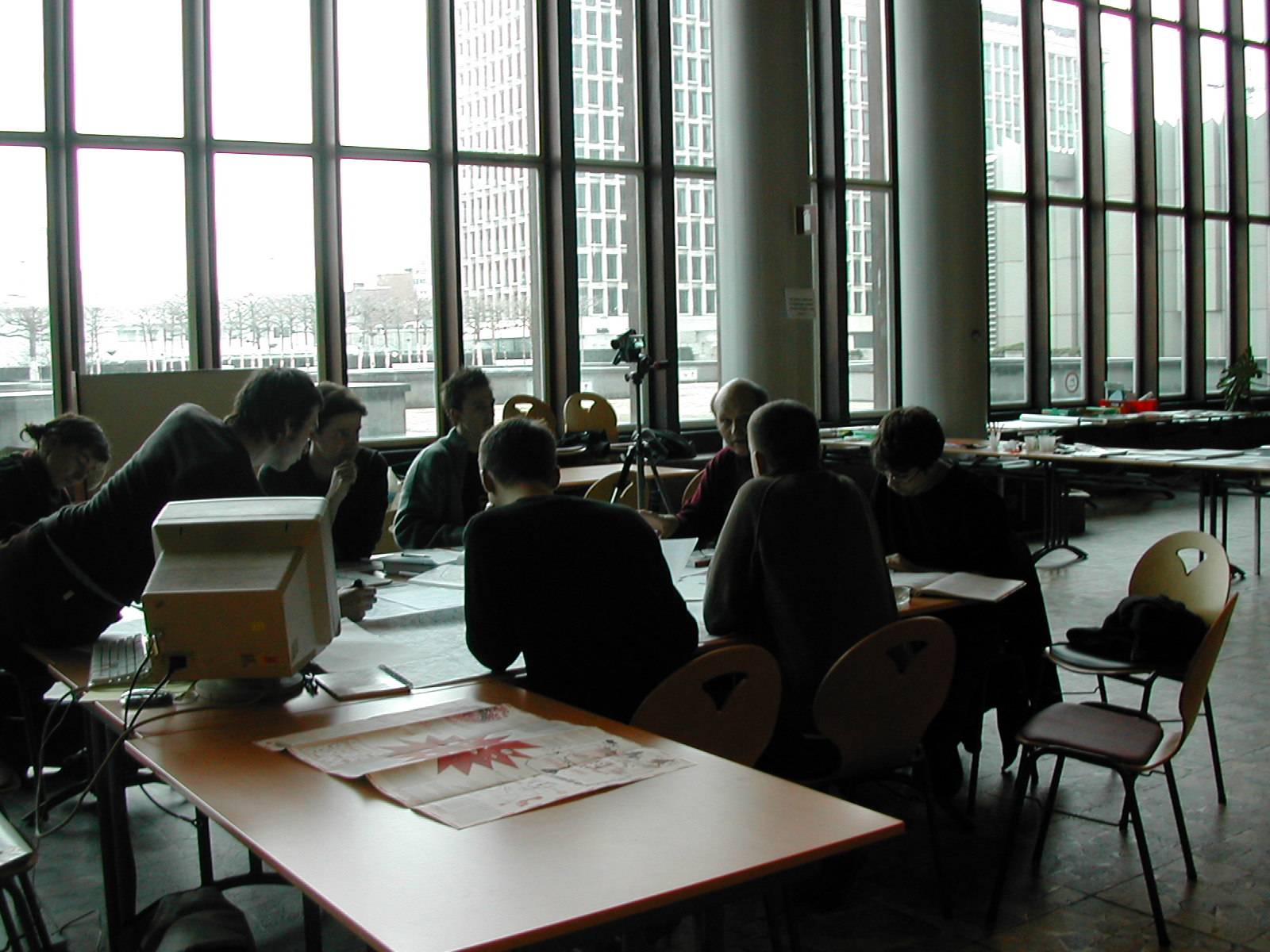 In the summer of 2004, PleinOPENair continued the work of MapRac. Local residents and organisations were involved in experiments with the alternative use of the site.It followed an already established tradition in which PleinOPENair explores unknown site sin the city, raises awareness of urban issues, and operates in neighbourhoods traditionally off the cultural agenda.

During a whole month, films, concerts, exhibitions, a videotheque, performances, installations, workshops, walkabouts, games and other cultural activities attracted an audience to the place and invited them to think about its future.