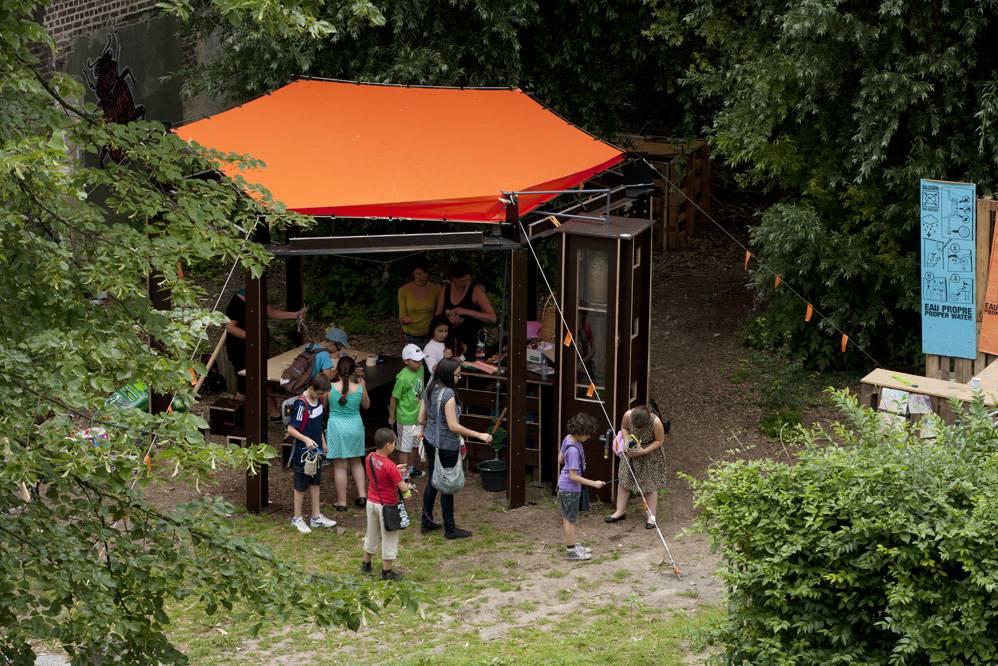 The ProperWaterPavilion was a rain-harvester with low-tech purification system. It was a wooden construction with a funnel roof easy to build and dismantle in public space.

Traditionally, the water well was the meeting place of the local village, where information and gossip were exchanged. Drawing its inspiration from this function, City Mine(d) aimed at combining water with social bonds.

The pavilion was built by Jacques Lechat with his Mission Local team, and took pride of place at the Friche Eggevoort for over two years.

The pavilion hosted meetings, debates and exchanges: literacy classes, homework schools, playgrounds, as well as debates on the right to free access to water (with Infirmières de Rue) and at a café on international solidarity and the historic place of water in the neighbourhood. In addition to informative moments where construction tips shared, workshops were held to build, draw and brew. Synergies were created with festivals such as TokTocKnock (KVS), Matongé-Europa (Liaison Office Brussels-Europe) or the Biodiversity Trail (Museum of Natural Sciences and EGEB).

In 2013, after having learned that rain water is not that healthy to drink, the pavilion re-ignited its ambition to produce low tech drinking rain water. After much trial and error, the mission was accomplished. Local authorities declared the water of drinking quality, and on 24 May 2013, at 14:53, honorary City Mine(d)er Willy Thomas took a sip. 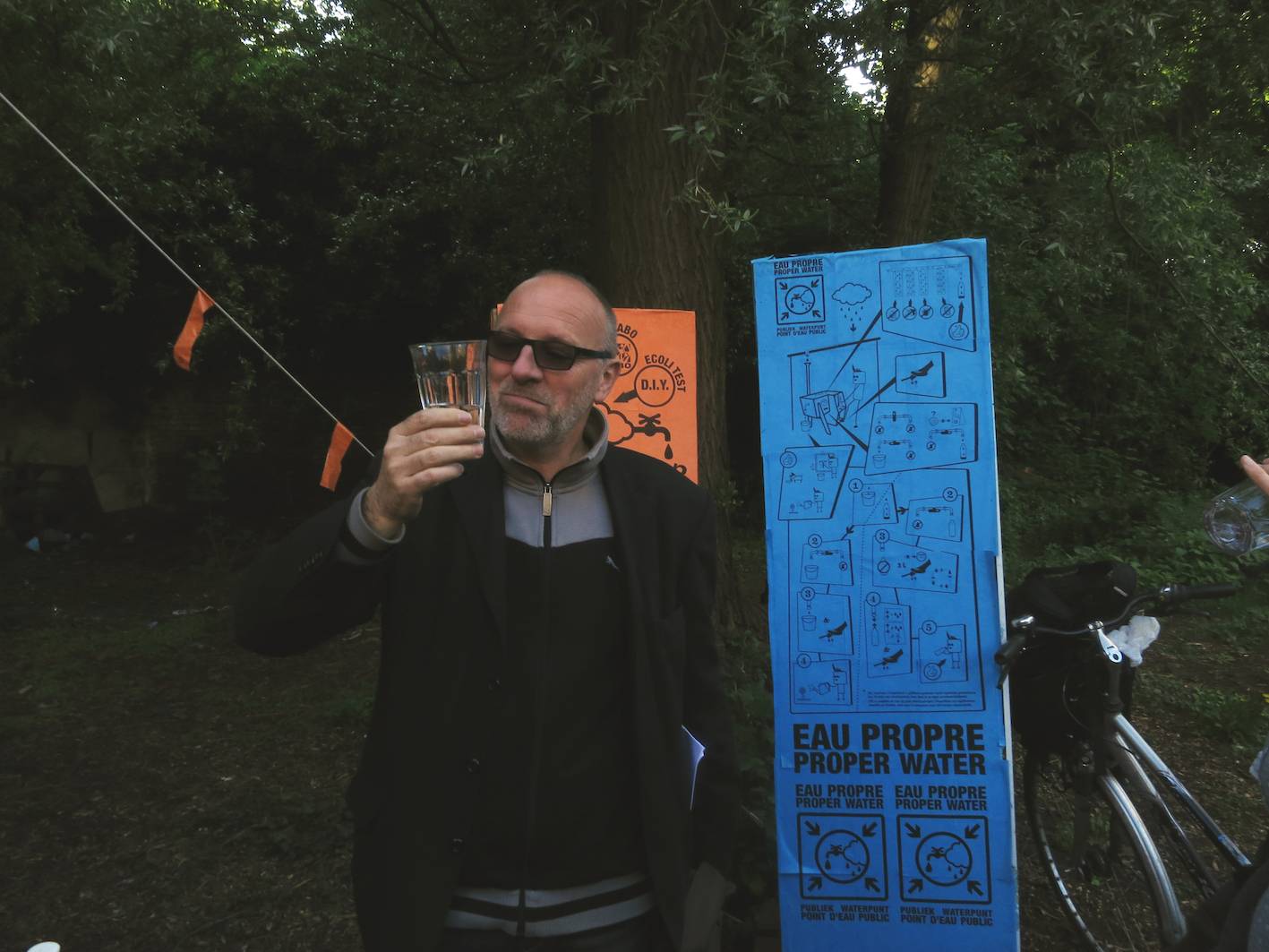