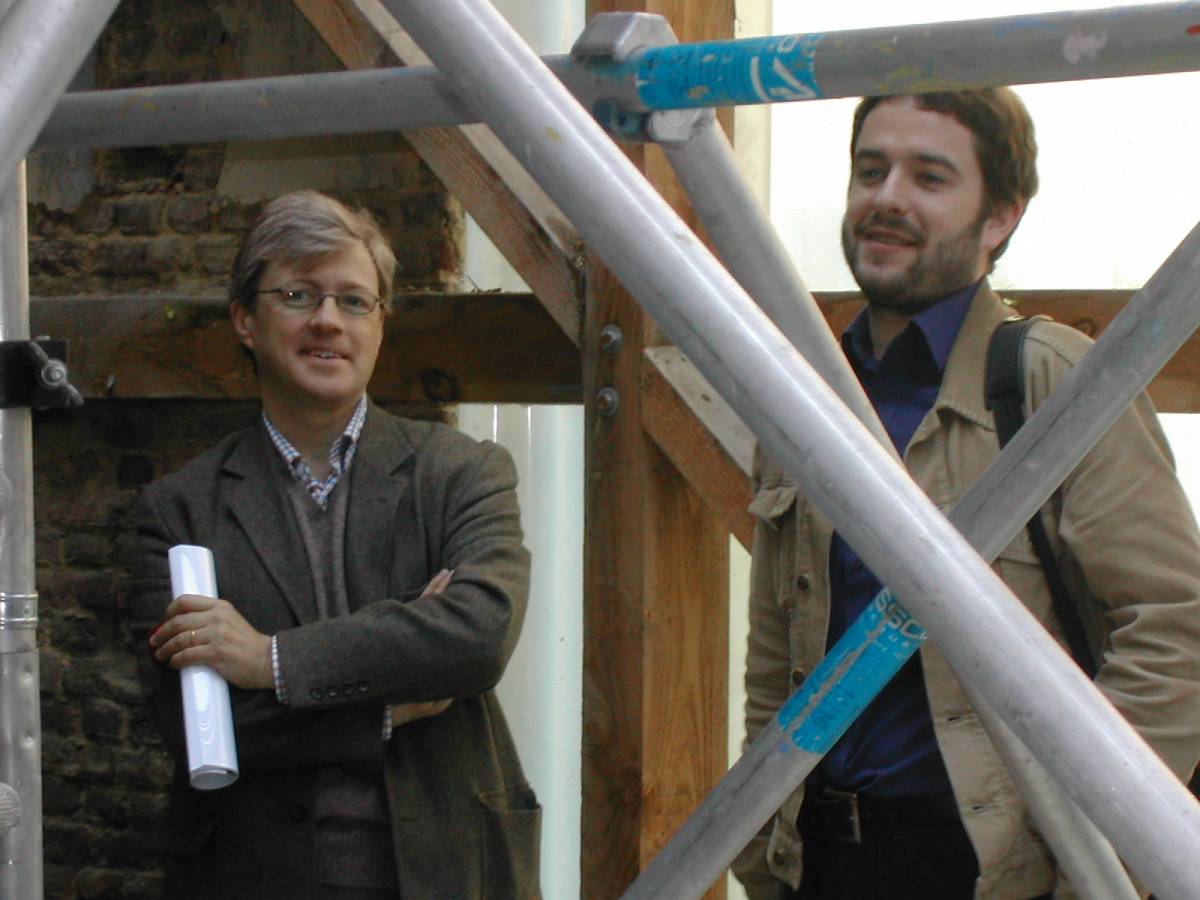 “The organisation Limite Limite emerged from attempts to bring the different groups in the neighbourhood into contact with each other. It is not about certain themes or topics, it’s about the idea that the neighbourhood does better when people talk to each other.” That is what Tim Cassiers, first coordinator and staff-member of the organisation Limite Limite said in an interview in 2003.

At the time, the organisation had been in existence for about a year. Its statutes, published in May 2002 described its aims as “revitalisation and improvement of the quality of life in the Quartier Brabant in Schaerbeek by taking and supporting small as well as large scale initiatives.” 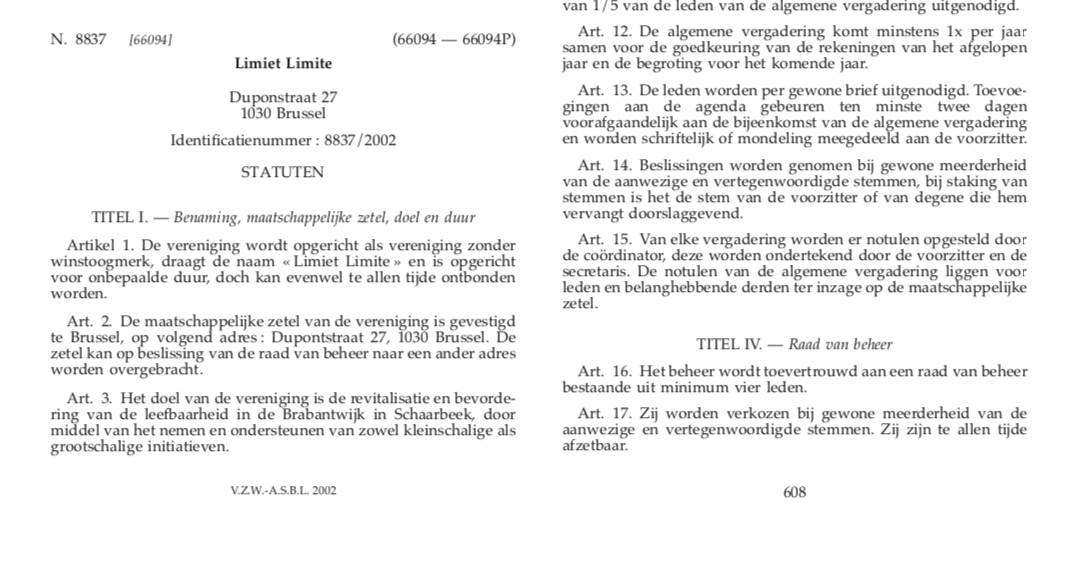 It’s main reason of being, however, was as the culmination of the process Limite Limite. This had gathered a large variety of local actors behind the building of the Tower Limite Limite. The Jury that awarded Limite Limite the 2002 Flemish Government’s urban renewal award described it as follows: ”In order to perpetuate the collaboration all partners were brought together in the recently launched organisation Limite Limite. This structure provides assurances and opportunities for the future. For instance, it gives the network the possibility to mobilise people and financial resources in a professional manner”

The board was chaired by Frank Pottie, at the time public affairs director at Euroclear/JP Morgan Guarantee Trust, who are based in the nearby Quartier Nord and who partly financed the material for the Tower Limite Limite. Also represented in the board were the business school Vlekho (also based in the area), small enterprise advocacy organisation Unizo, the regional community workers’ organisation and the local town centre manager. Its membership was broader and drew in resident’s associations, and representatives from commune and regional authorities.

The process Limite Limite had aimed at attracting attention to a neighbourhood that until then had been overlooked by regional development schemes. The organisation was set up to maintain some form of autonomy for the local community when those schemes finally arrived. For several years it rather successfully managed to do so. It gathered funds and took initiatives without ever becoming the mouthpiece of local or regional authorities.

In 2010 the organisation had run its course. The neighbourhood had changed and was facing new challenges that required different approaches. So it was decided to dissolve the organisation, 12 years after local residents started looking for an alternative to the illegal waste dump in their street.