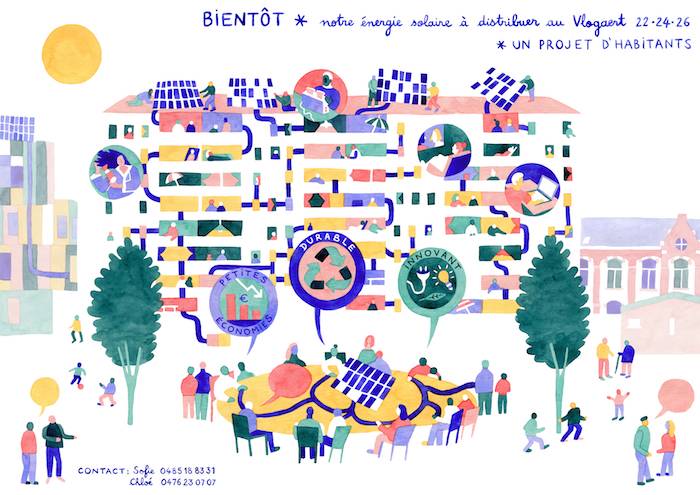 If you think that experimenting ended when the electricity grid was laid in the 1920s, you are wrong. Thank God you are here. We are testing, trying and learning more than ever.

The Expo La Pile showed 14 pioneers who themselves produce, store and/or share electricity. They proposals are technological, but also socially innovative. They realise that solutions can’t but found on or beneath a single roof or with a single user, but require new forms of involvement and collaboration.

That is because the challenges are huge. For life-critical activities we call upon electricity: pressing oranges, brushing teeth, driving cars. The retreat of the state fragmented the sector (in producer, transporter, distributor and provider), which makes an overview difficult and the whole situation harder to grasp for users. And awareness of the limits of resources on which electricity relies starts to seep in.

These 3 factors – increasing electricifaction, liberalisation and awareness of environmental impact – currently shape the landscape. Citizens, researchers, entrepreneurs and governments are picking up the gauntlet. They want to do more than put solar pannels on their roof or take the stairs (even when there is a lift!)

La Pile is an initiative by City Mine(d) that currently accompanies citizens from the Quartier Midi and the Quartier Nord in claiming their space in the energy landscape. More here