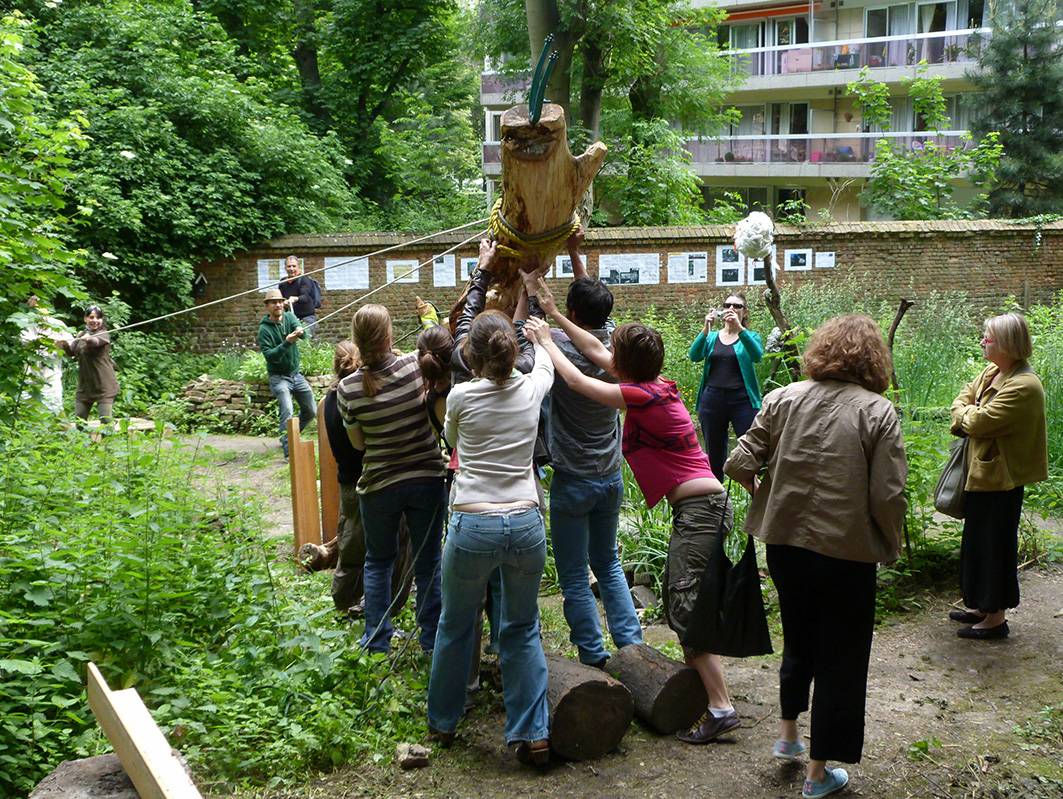 Between 2011 and 2016, a derelict piece of land in Brussels’ European neighbourhood served as the setting for small-scale initiatives. The joint use of the site became an experiment in collaboration and the collective creation of a context in which projects can grow into innovative work in the forefront of art, science and politics. The Friche Eggevoort was awarded the Thuis in de Stad award for innovative utban development in 2014. Its experience and insights relating to un-planned plots of land were adopted in the plan for redevelopment of the Leopold Parc.

In 2011, series of Map-it workshops revealed a derelict piece of land the size of about two football fields in the shadow of the European Parliament and the Museum of Natural Sciences. Its unusual location – at the edge of two communes, of regional importance and within he safety perimeter of Federal Museum and European parliament – meant that political powers balanced each other out quite neatly. Hence, an ideal site for experiment. Local and city-wide interested parties organised in a collective called PUM

Activities on the Friche Eggevoort revolved around both. And brought the two together. This [blog}(http://www.pumcollectif.org/category/urbanisme/ keeps track of interactions between the PUM collective and city and regional authorities)

To turn the derelict piece of land into an oasis of biodiversity, a pond was created. It reminded of the river that used to run on the site, but also became an opportunity to experiment with water plants, and ways to keep water healthy. This question would lead on to the Pacco-Test

Also, a series of initiatives was taken to familiarise citizens and local residents with the landscape and the importance of water in it. One was the development of a huge ceramic scale model of the neighbourhood. With its particular attention for differences in altitude within the neighbourhood, it stood on site for years to illustrate the way water searched its way in the neighbourhood. When the land was redeveloped, the model found a new home in the nearby Parc Hap. It would also form the basis for a series of workshops called Forma. 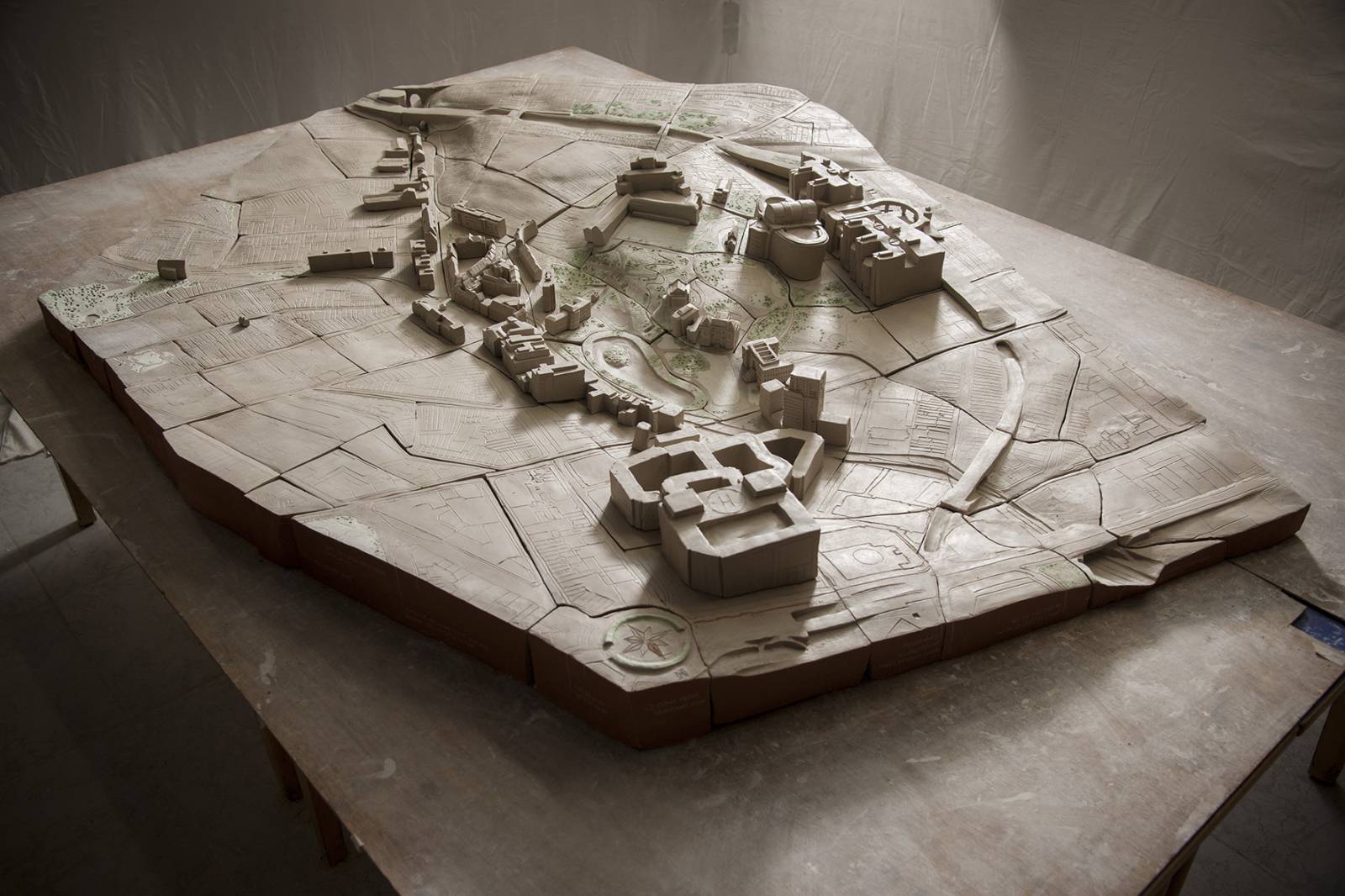 Other initiatives revolved around the question “can we drink rain water,” which crystalised around the building of the Proper Water Pavilion.

To highlight the biodiversity that started to emerge on the derelict piece of land, a plant book was made. Discover its development [here] (http://www.pumcollectif.org/herbier-deggevoort-plantenboek/) 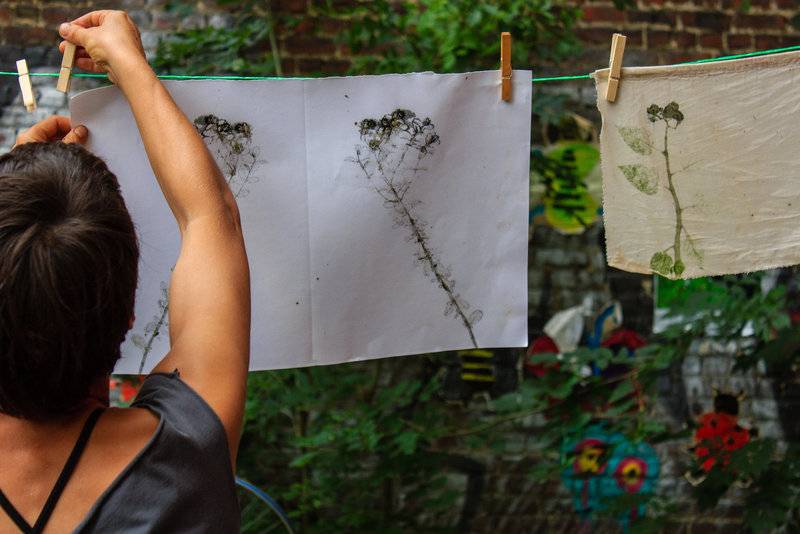 At the end of the project, an atlas helped to reconstitute the collective memory without putting aside the experiences of each. Altas is a collection of stories, emotions, sensations, projects and initiatives that shaped the Friche Eggevoort both in physically shape and virtually here