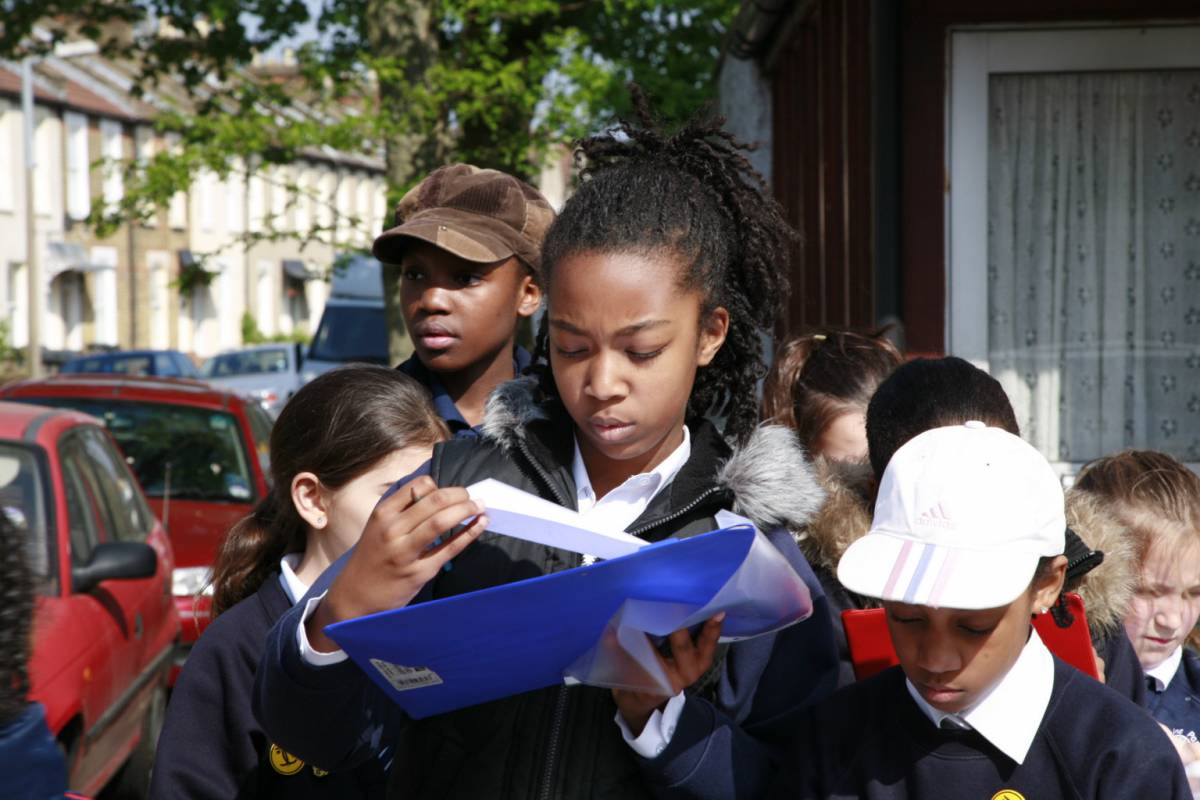 Delta was a series of workshops with pupils from Colraine Park Primary School and Mulberry Primary School in Tottenham. It was an exploration of the local area and its built environment, of different art forms young people can use to express themselves, and of the different rules and bodies that set the limits of what is possible in public space.

The young people aged between seven and eleven were introduced to different art forms by four artists: Cath Rive introduced them to drawing and mapping, Penny Quinton helped them make audio recordings, Stacey Yates initiated them into photography and Gesche Wuerfel explained public space and mapping.

Delta familiarized about 50 local young people with their local area, and contributed to Carbuncle’s Way’s ambitions. For the occasion of this work, a unique London-wide coalition about public space was brought together involving local shopkeepers and organisations with London Open House, Demos, the Serpentine Gallery and the Arts Council England.