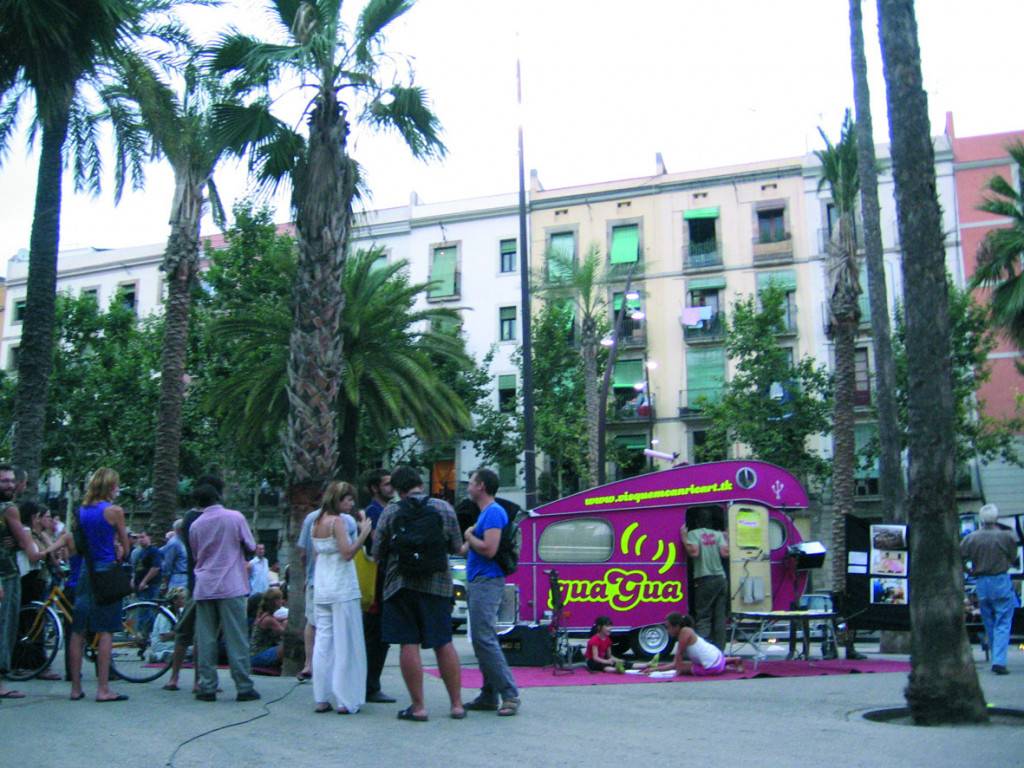 Technology and innovation were at the centre of the 22@ redevelopment of Barcelona’s Poblenou in 2004. Cityborg translated the importance of public space to this context. Riereta, Centre de Cultura Contemporània de Barcelona (CCCB) and City Mine(d) set themselves the challenge to create a virtual public space.

A suite of Open Software and web-browing tools was put together on a single thumbnail-drive. It allowed its users to log on to an environment of users and share practical and intellectual resources. By distributing many copies of this drive, physical proximity was extended to virtual space.

To continue this work, cultural association Cityborg (Urban Virtual Space) was set up. As part of it a series of meetings and conferences was organised. In July 2005, the multimedia caravan Guagua was built in Can Ricart to amplify the local and virtual message via mobile wifi-connection and live radio to Barcelona, and later to Brussels and London.