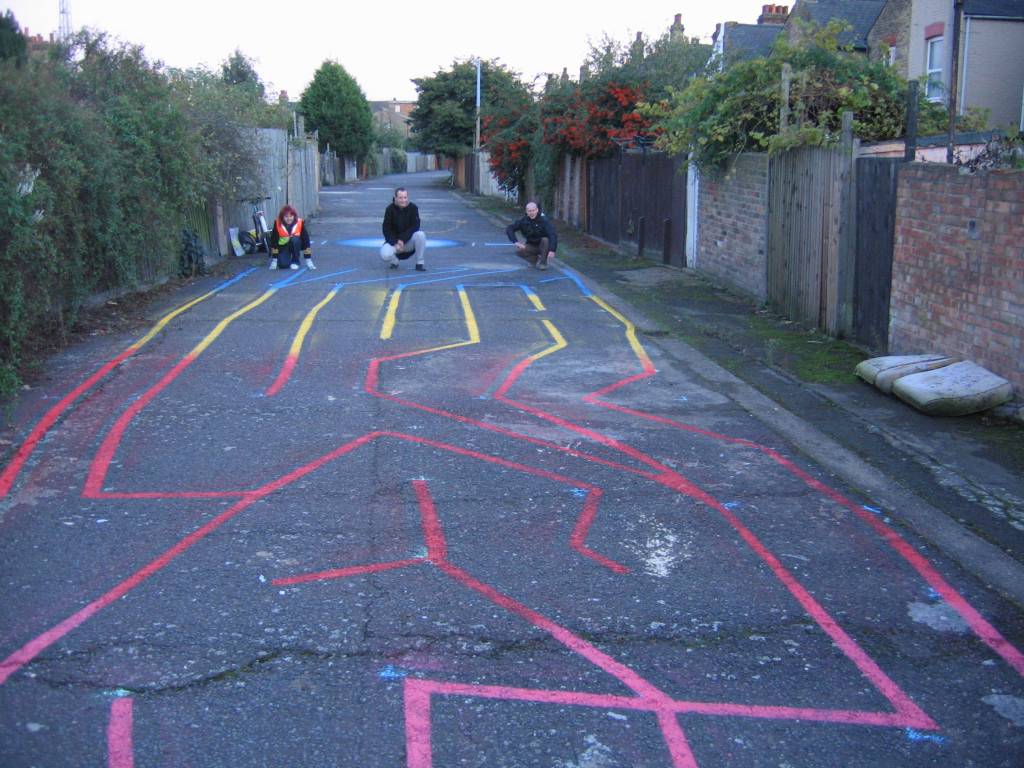 Carbuncle’s Passageway connects Hartington Park with Tottenham Marshes. It is about 1 km long, runs at the back of two parallel rows of houses and was built too light to carry vehicles. In 2005, it had become a site for waste dumping and drug trafficking, and for most of its residents a place to avoid.

In the summer of that year, City Mine(d) met with local planning officers who were aiming to improve the public realm in Tottenham. Instead of proposing an intervention for one of the existing parks, City Mine(d) engaged with locals. To make people reconsider the area they lived in, a leaflet about the local history was distributed in the neighbourhood.

Next, a Coco Loco was organized. Thermoses were filled with hot chocolate, a table taken out, and City Mine(d) set up stall in the passageway. Meetings were inspiring and intense, not in the least because it was pitch dark when chocolate was served. And tough it was unclear whether locals engaged out of curiosity or concern for our well being, they kept coming back. Thus, it became step 1 in City Mine(d)’s longest running projects in London.

Carbuncle’s Way became a series of interventions between October 2005 and May 2007 in Tottenham (North London) to enhance resident’s awareness of their public spaces.