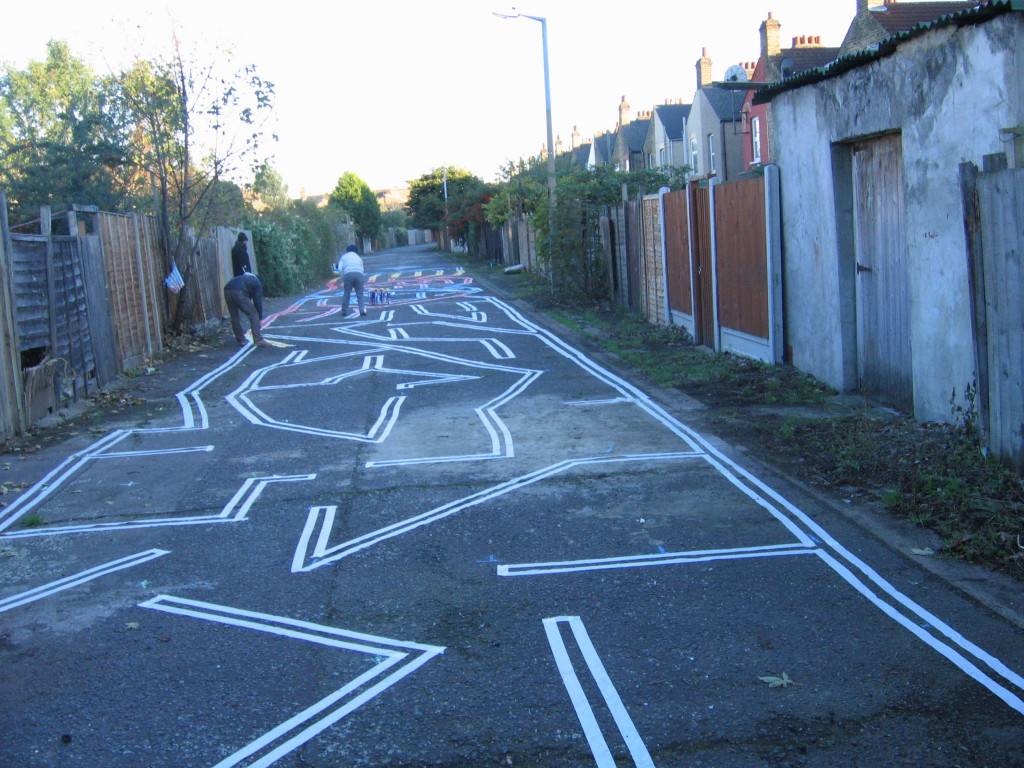 The maze was probably London’s longest labyrinth. It was a result of several public engagement activities, most notably the Coco Loco of September 2005, public meetings in a local pub, and a door-to-door of the 200 houses backing on to Carbuncle’s Passageway.

Following this, together with local residents Carbuncle Passageway was cleaned and a landmark and milestones were painted indicating distances to local places of interest: Tottenham Marsh, Hartington Park, White Hart Lane Stadium, Tottenham Hale Station, River Lee and High Road. Around the landmarks a 500meter long maze was painted.

Inauguration of the intervention with music from local artists Singer Blue and Noel Le Bon uniquely brought residents and councillors together. As a concrete result of the meeting at the request of residents, a new set of lights was installed in the passageway. To mark the change postcards of photographs taken during the process of creating the intervention was distributed beyond the local area.