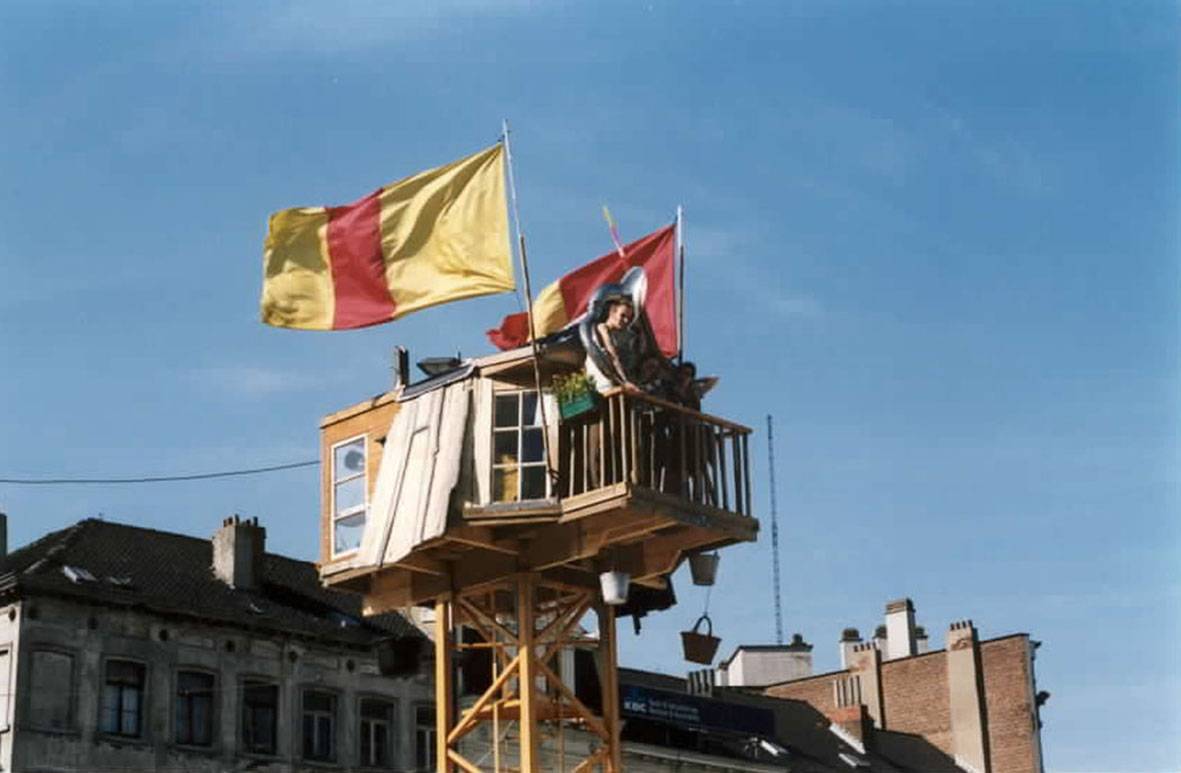 In August 2000, theater maker and visual artist Benjamin Verdonck lived for 10 days in a hut he built himself atop a 10m-high tower crane at Place Bara in Anderlecht. While there, he himself,local residents and visitors to the Midi market held breakfasts, concerts, performances etc. Every morning he also published a letter at the front page of different national newspapers, and received letters back from enchanted readers. The aim ? The give a human face to a public space and a part of Brussels that was not on the radar at the time. In the run up, other activities had already prepare the ground. In April a banner was put up on the place Bara reading « Welcome to Anderlecht. » This seemingly innocent message resonated with an entry gate above the shopping street rue Wayez that also read « Welcome to Anderlecht » , but that incidently excluded Kureghem, poorest part of Anderlecht. The banner was contentious enough for an emergency meeting of Anderlecht’s municipal council in which they allowed it to stay up. 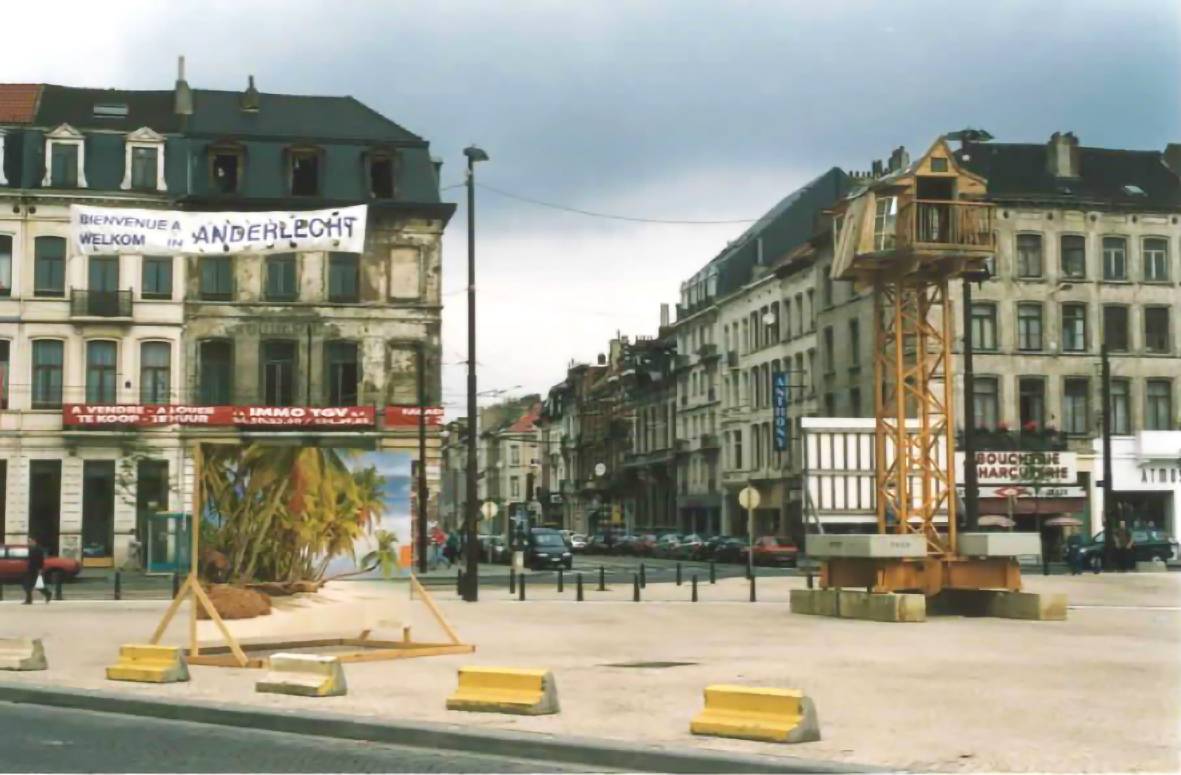 From April to September, a neighbourhood cinema called Cinekur was organised. Every first weekend of the month another place in the neighbourhood was transformed into “cultural space”. Cinema workshops were organised and feature film shown in places that had lost their hospitality function, like the old parish hall. Then, in August Benjamin Verdonck concentrated the freshly sparked positive energy in space and time by landing like a stork on his high nest. Close to international train and bus connections, the place had over decades become a place of arrival where those who could traveled on, and the less fortunate stayed for generations. By nesting on site for 10 days, Benjamin shone a different light on the site, and attracted national and even international press.

Here are some images of Benjamin building his nest:

And Benjamin made this beautiful stop-motion of his time in Bara-ke: