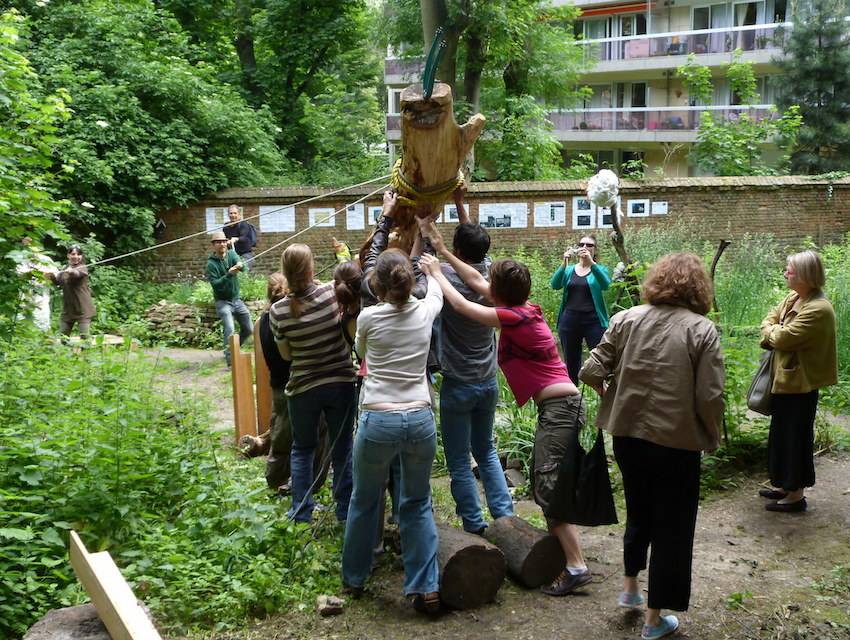 Though the work of City Mine(d) seems to have changed a lot over the past decade, there is an undercurrent that remains the same. There is a purpose –both in the sense of what we want to achieve and our ‘reason of being’–, there are individuals who seem to keep sticking around, and there are principles. Both moral principles –what we think is right, such as anti-authoritarianism, self-organisation and a truly bottom-up perspective on the development of cities– but also organisational principles: how to put into practice the purpose and principles in a way that respects the limits of resources and ownership.

This articles is about the latter, the way we organise. We used to refer to it as a method, at occasions even a procedure, but modesty forbids and since it is no more than a way of approaching the challenges cities are confronted with, we now call it an approach. It is a way of addressing urgent questions of sustainability in the more popular –in the non-tourist meaning of that word– neighbourhoods of cities, with those who live and work there.

The way of working aims at developing a common language between the different actors by involving them in a long term collaborations. These actors are residents, end-users of services, researchers, government agents, private companies or civil society actors. Long-term often is 5 years or more. The collaboration between the different actors happens in what is called a trajectory, as the journey together is more important than the destination. Also, in this case the destination only becomes clear by traveling together. Together the group learns what is at stake. Hence, the word stakeholder is not very relevant. 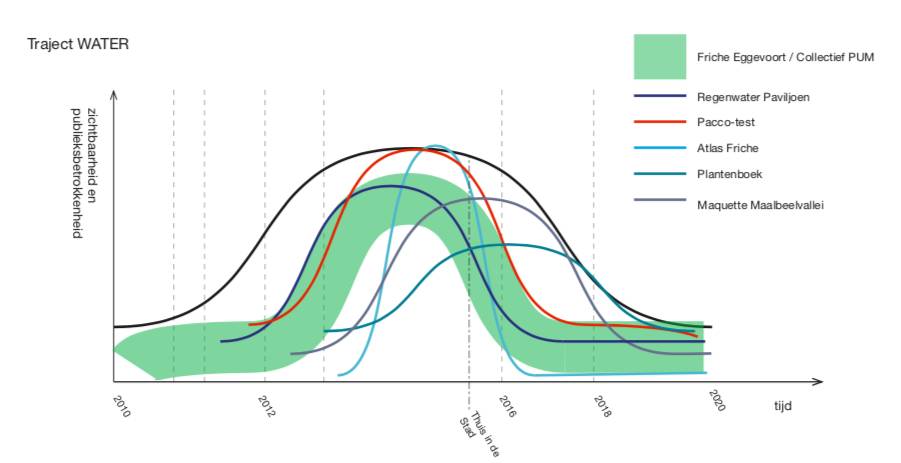 A trajectory emerges around a topic that touches many different players in a popular neighbourhood, in which room for agency for local residents and end-users can be defined or claimed, and which has a serious potential of thoroughly impacting upon the future of neighbourhood. By definition this leads to topics relating to sustainable development or urban regeneration.

At other places this website tells stories of a number projects that have addressed such topics over the past decades. They range from urban development in Can Ricart, Carbuncle’s Way and Limite Limite, local economic development in Micronomics, Water in Friche Eggevoort to Electricity in La Pile.

A common feature within these trajectories is the collective realisation of an (arts) installation and/or new ways of organising. This realisation is innovative and pioneering within its field, which gives it an inspiring and mobilising potential. At the same time the work is also so much outside the normal activities of all partners involved that it pulls them out of their comfort zone and all are exploring uncharted territory, where none are overall experts. At best partial. Some refer to the realisations as boundary objects as they are situated at the boundary of different fields of interest or expertise.

Though the trajectory is completely self-organised by its participants, over the years we managed to identify a number of distinct phases. They are too muddled to be steps and too context-specific to serve as guidelines, yet they have proven to help participants understand what they sign up for, and regain momentum when the road ahead seems a bit dark and hazy.

The phases are characterised by their relation to the (arts) installation or new ways of organising that emerge from the trajectory. There is a first phase of familiarising with the landscape, identifying the movers and the shakers and fine-tuning what really matters in the topic. We have referred to this phase as scanning. To give the phase a focus, it aims at a tangible outcome. In previous projects they have le to publications Friche Eggevoort, exhibitions (La Pile in BOZAR) and even a DVD Micronomics.

The scanning phase also helps to define the actual realisation or boundary object. It enables the different participants to acquire collective knowledge on the topic at hand. With this knowledge they can then better shape the (art) installation or ways of organising, but are also better equipped to discuss the issue with experts in specific domains that touch upon the topic. In addition to conceptualising, this phase also contains the actual building, so it becomes very hands on and open to participants less inclined to having meetings and discussions, but who are still willing to engage. This phase is referred to as Intervention, which harks back to City Mine(d)’s roots in activism and direct action, but might welcome a kinder term. The art installations of Limite Limite, Barake and Friche Eggevoort were widely published, while Micronomics, Precare and Can Ricart won acclaim for setting up organisations

The coalition phase runs in large part in parallel with the intervention phase, and even already with the Scanning phase. It refers to the way trust is being built, a group takes shape, a common language on the topic develops, and even ways of making decisions start to emerge. Soon this group also becomes an actor in and of itself in local development. Because of its unique composition including residents, end-users of services, researchers, governments, private companies and civil society actors, the opinions they develop are informed by different perspectives and the group becomes a tiny force to be reckoned with. The name coalition is a quiet wink to the various government coalitions that shape our lives.

Once the (arts) installation or ways of organising have been realised, and the coalition has taken a well-functioning shape, steps are made to enable this group to work independently from City Mine(d). This has to do with strategic, practical and legal organisation of the group. Strategic finds out what the group wants to do together in the future, practical with setting up the necessary governance structures, and legel with incorporating and becoming an autonomous organisation, which includes drafting and publishing governing documents and assigning roles and responsibilities. Both trajectories [Limite Limite[(organisation-limite-limite-2) and Micronomics led to such formal organisations.

In a suffix phase the group is running completely independent but City Mine(d) is still available for help and support if need be. 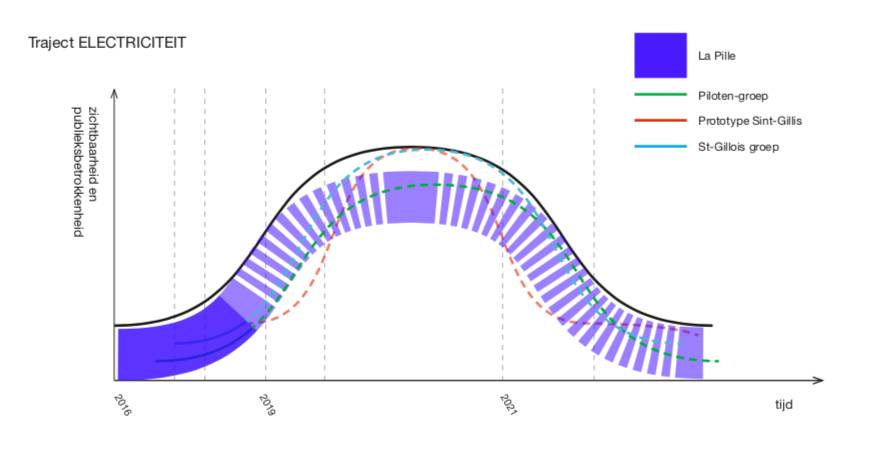 As said before, these five phases are just an approach to reaching our purpose. Other articles on this site go more in detail into the politics and concepts behind that purpose.